“I thought the pool gods must smile on you sometimes.” 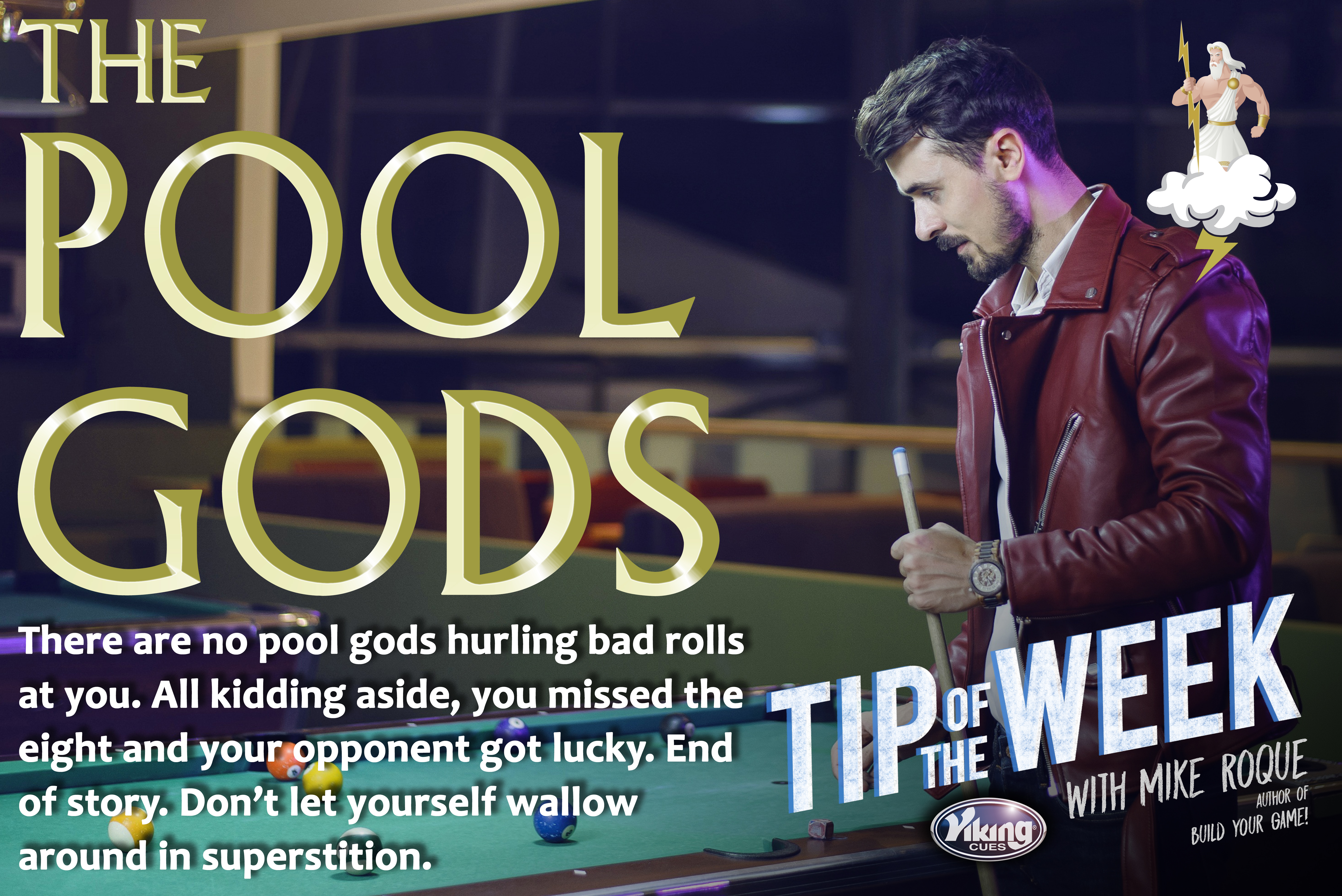 In Greek mythology, Zeus is famous for his thunderbolt, which he hurled at anyone who displeased him. Pool players may not be familiar with Zeus, but they know the concept well.

You may dog an easy eight to get on the nine to win the match. Your opponent misses but the eight hits the pocket point, bounces out and knocks the nine in the side! You lose because the pool gods were punishing you for missing the eight ball. Right?

Wrong! There are no pool gods hurlng bad rolls at you. All kidding aside, you missed the eight and your opponent got lucky. End of story. Don't let yourself wallow around in superstition. This is the worst kind of negative self-talk. It's a dead-end street and once you go down it, you see every tough roll as an excuse to lose.

While you're stuck in a dark alleyway going nowhere, your opponent sees your confidence faltering and becomes highly motivated. He'll feed off your woe-is-me attitude, play smart, and play better. Now he's really tough to beat!

Instead of thinking Why me? think: What do I need to do to turn this game around? Ask and you shall receive.

Love our Tip of the Week with Mike Roque, you can purchase your own copy of his book "Build Your Game" at the BEBOB Publishing Website at http://bebobpublishing.com/